Had a relaxing morning. Wound up in the hot tub on the edge of a bird sanctuary. Then packed the car and walked to Hell’s Backbone Grill. My father and I stumbled upon this restaurant several years ago by accident. We both were shocked at how good our breakfast was in such a remote location. I vowed then that I would return for another breakfast there. (In fact, the meal here was one of the first things on my to do/see list when planning this adventure.) The picture will have to do, but cannot convey how delicious it was. The mug was kindly cleaned out and will be used quite often in my new apartment in the fall. 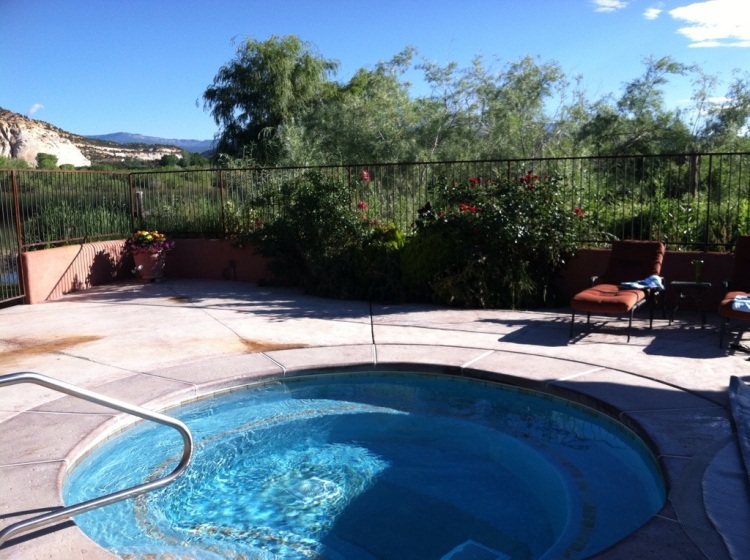 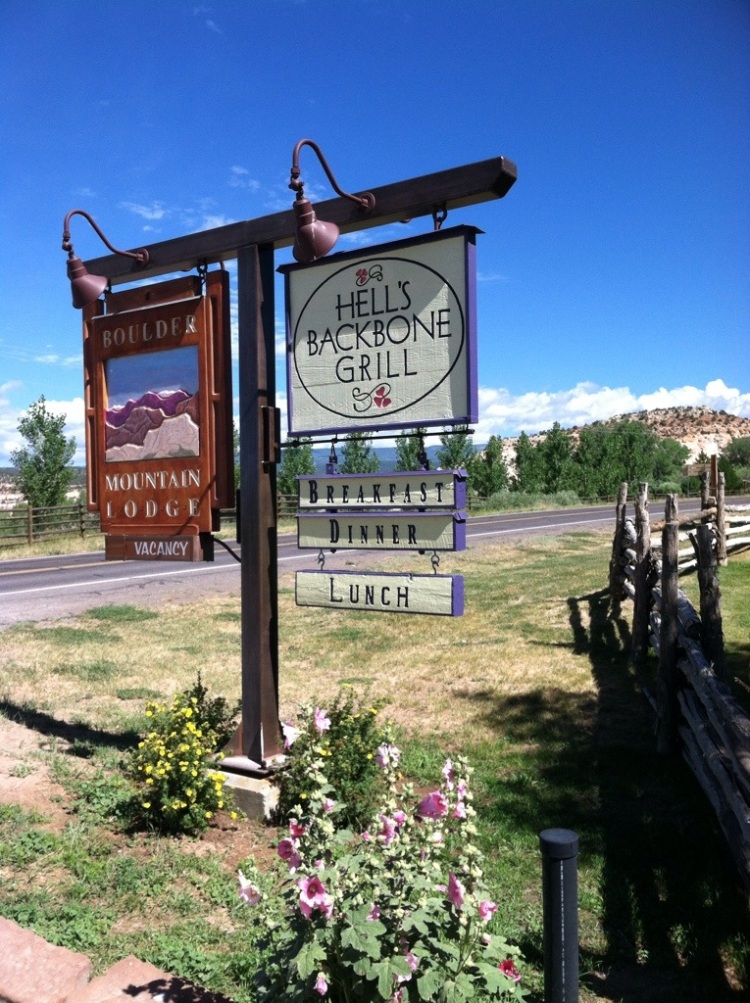 Ali and I began driving along scenic route 12 towards Bryce. We stopped at the Kiva Koffeehouse for an extra coffee. My father and I had planned on visiting here several years ago, and showed up on a Tuesday. Tuesday happens to be the only day they close. Go figure! 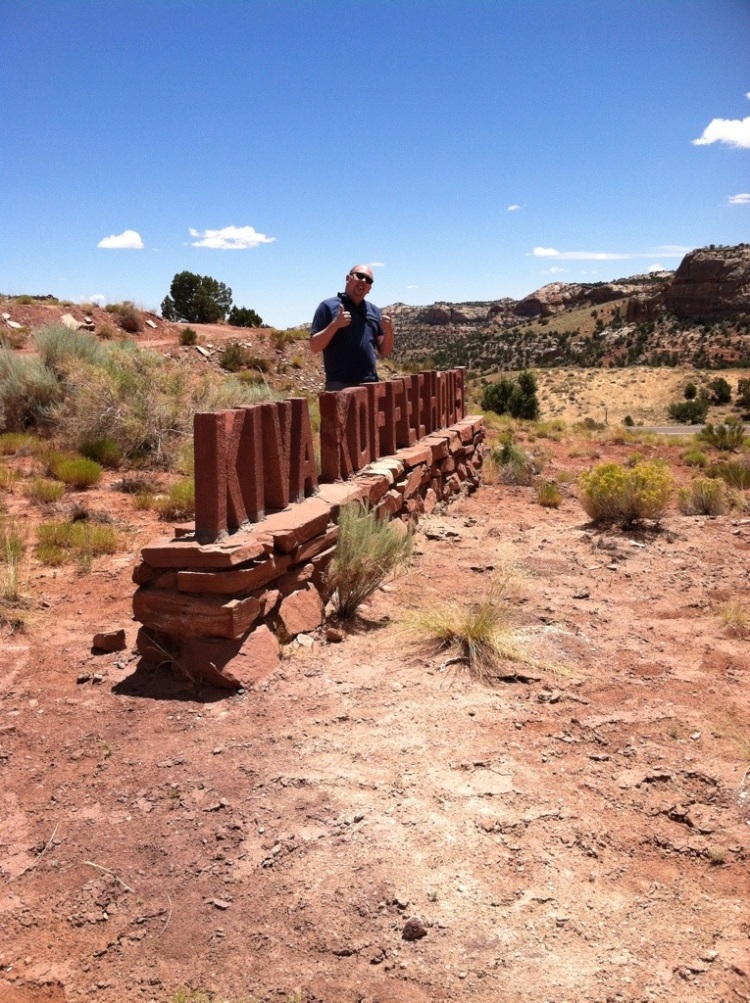 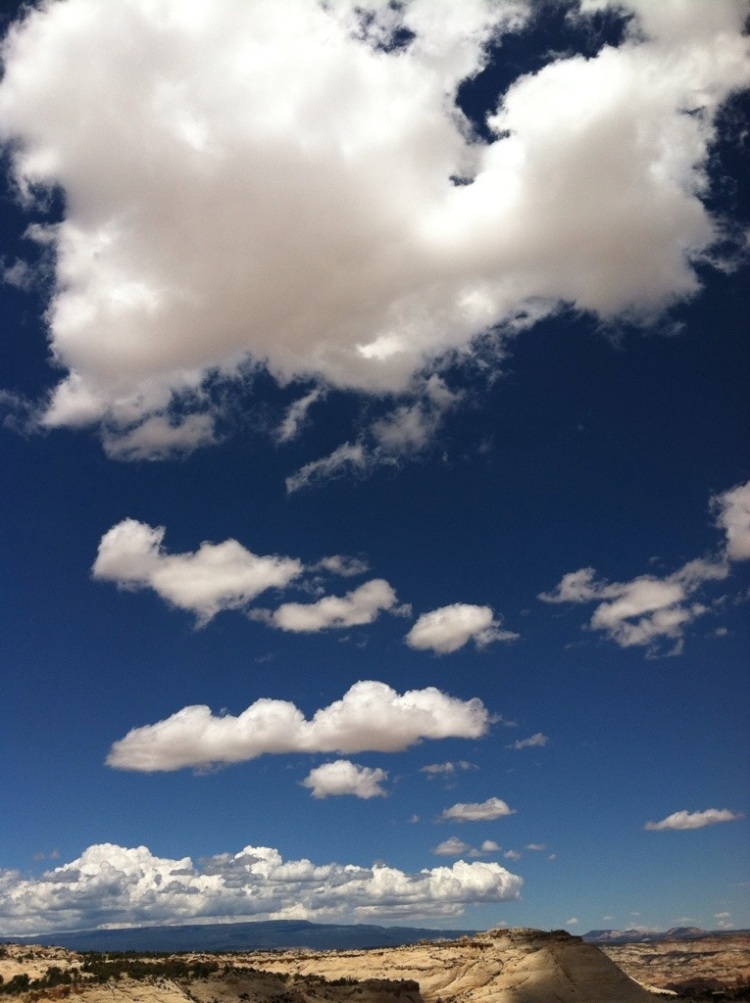 We continued on and stopped at the natural grocery in Escalante. Stocked up on snacks, and some unique ramen for easy dinners when I’m eventually on my own. Really interesting and well-stocked store. 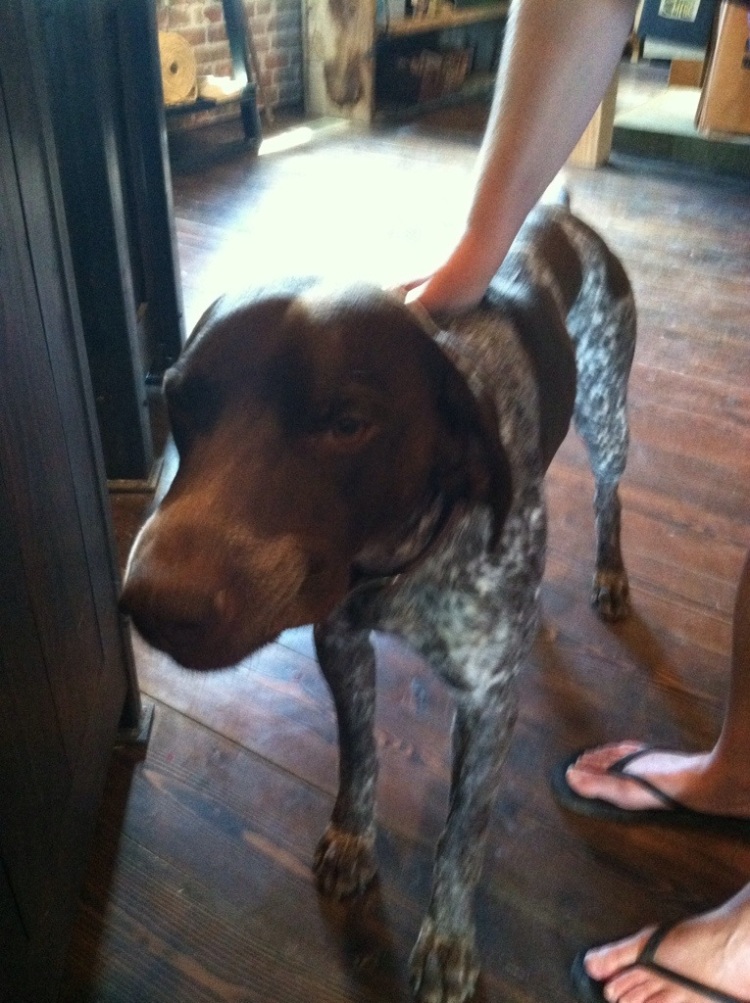 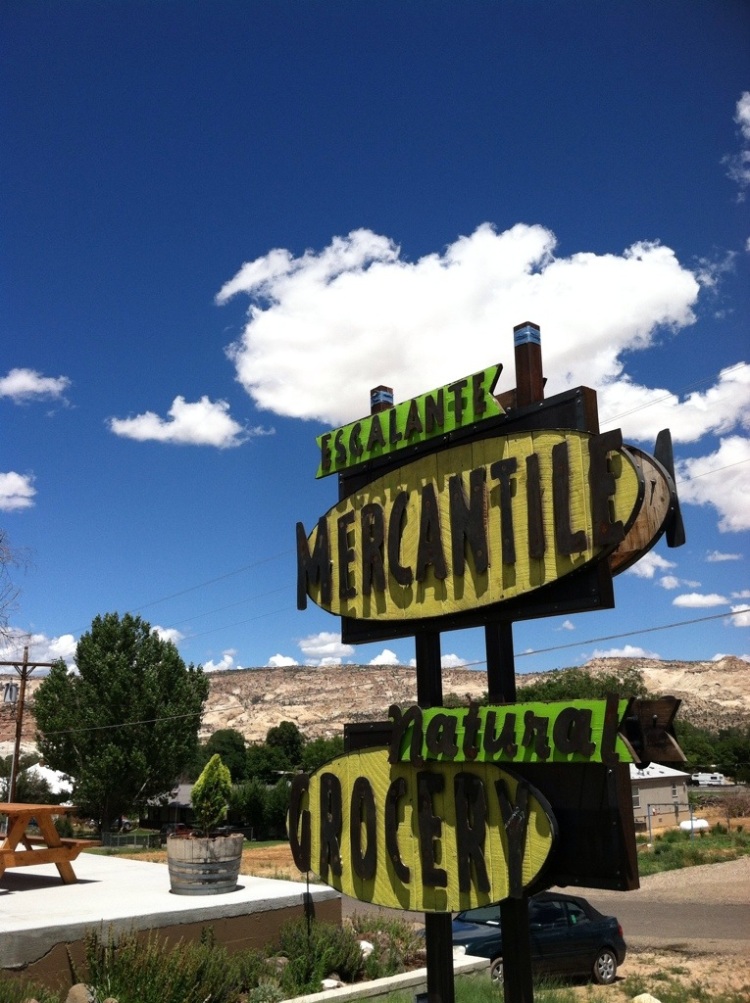 We stopped at the Escalante Petrified Forest State Park and hiked up to see examples of petrified wood. Beautiful scenery all around! 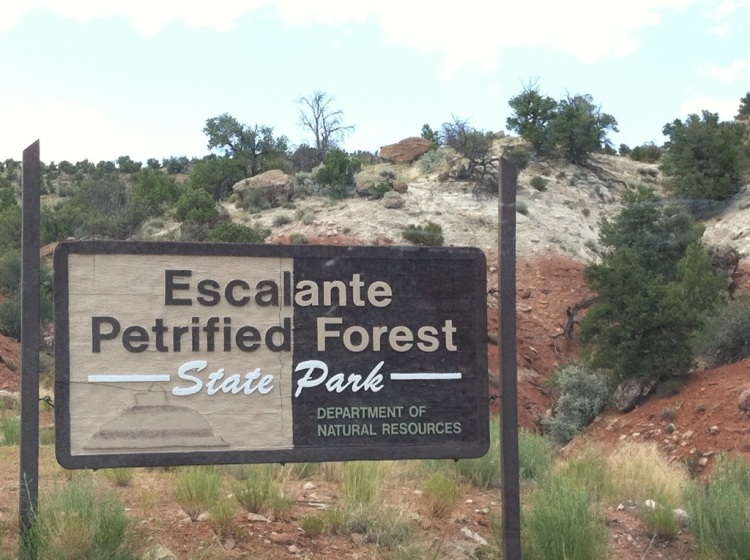 The time finally arrived to pick up the race packets. Things began to start feeling real.

Checked in at Ruby’s Inn. (This was my first reservation made when planning this trip. I made it on December 3rd!) After a bit of relaxing, we drove to Bryce Canyon with Leslie and Laurie for a “trail dinner” overlooking the Bryce Ampitheater. We had many laughs and it was great for catching up and sharing stories. The evening was perfect. A cool breeze accompanied the setting sun. 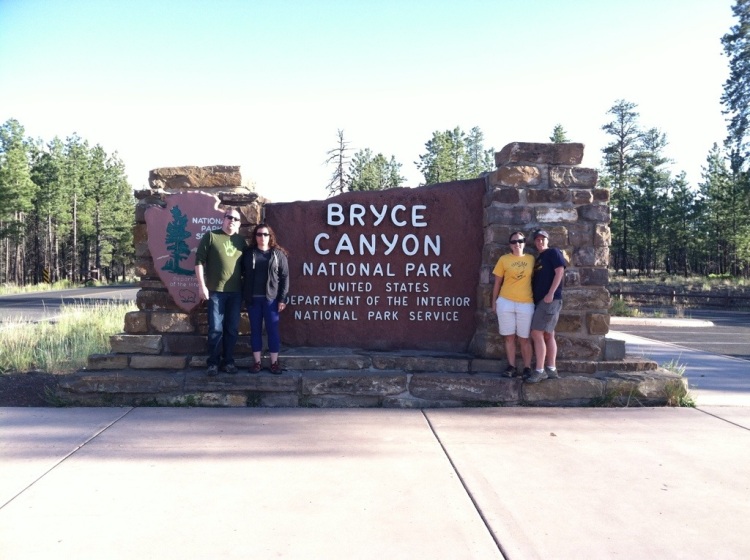 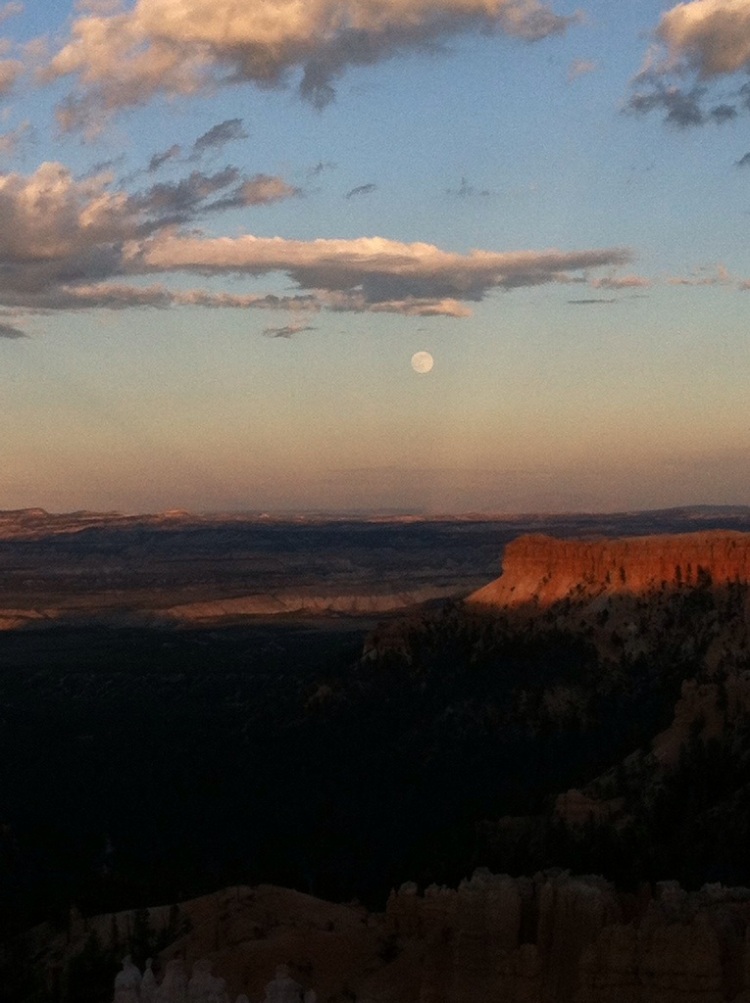 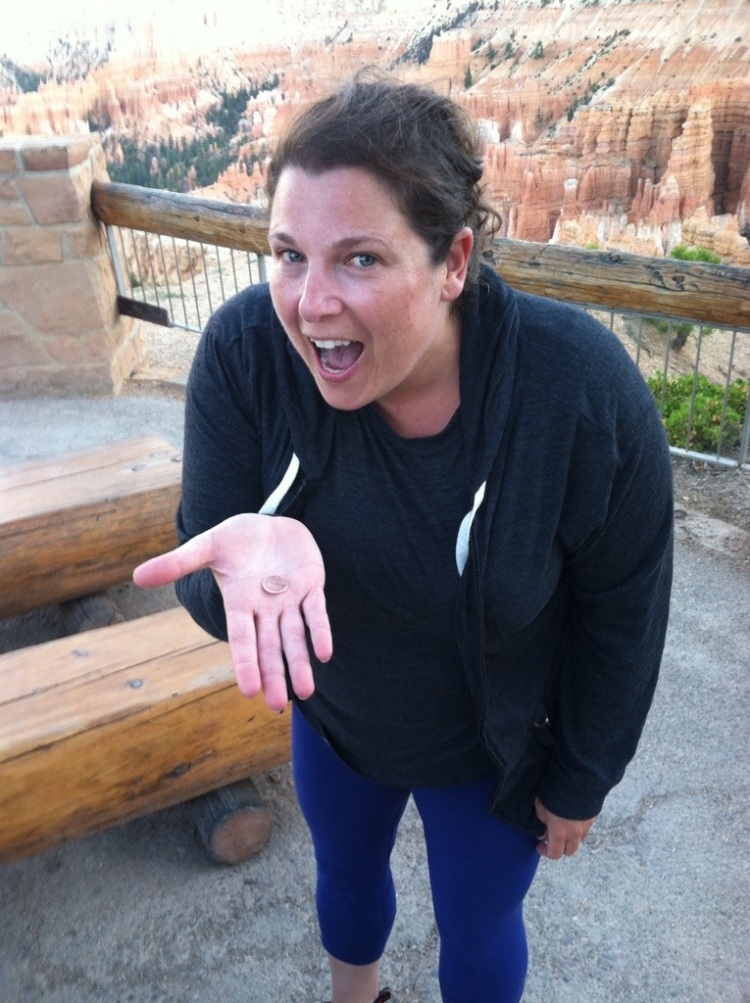 My alarm was set for 4:30. I woke up at 2:38. Race day. We needed to be past the one intersection before 5:30 as the half marathon began at 6. We picked up coffee, drove to Cannonville, parked, and wandered around the finish line area. Leslie joined the three 5k runners and offered to be the photographer. The race was perfect. I know that I was not ready to run a half marathon. The course was a simple out and back, but the scenery was inspiring. I had no way to know my pace as I had no cell reception and there were no mile markers. My pace was over a minute faster per mile than my last race. In fact, I placed third in my age group. (I’m conveniently leaving the total number of people in my age group out.) Laurie finished third in her age group, too! 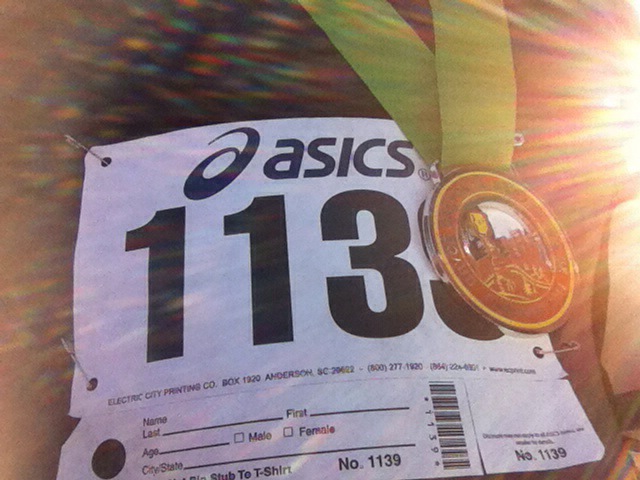 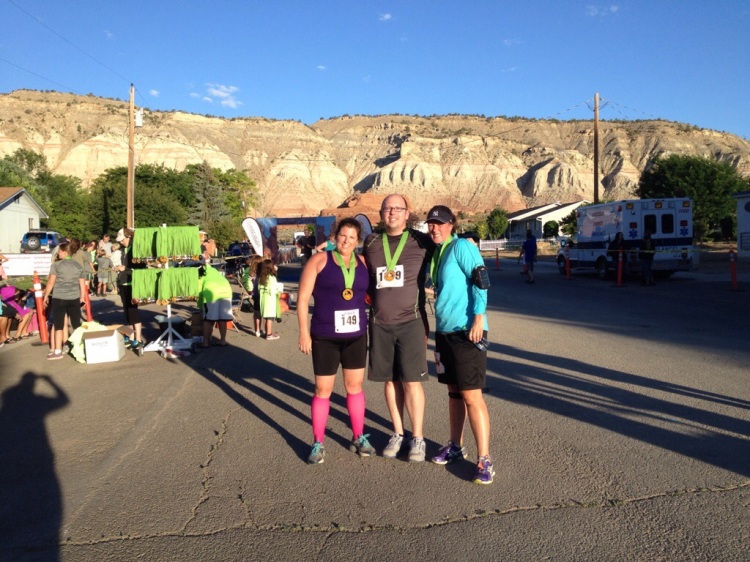 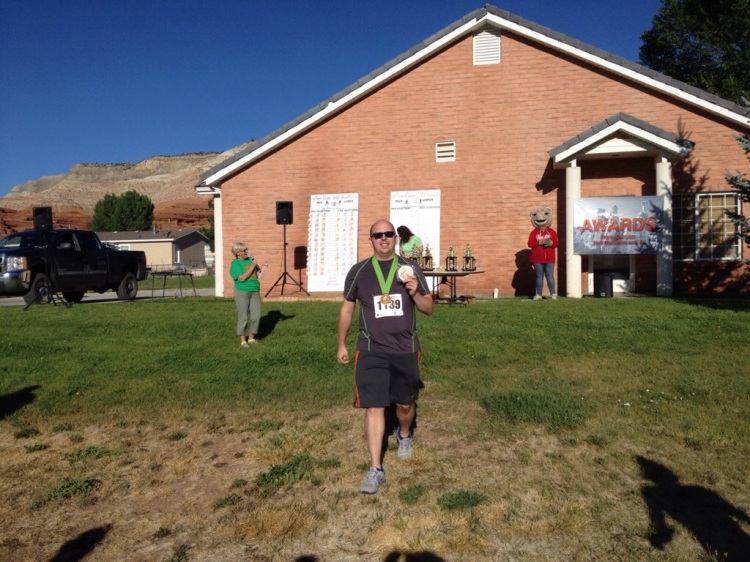 After the race, Ali and I relaxed a bit while I did laundry. We went to visit Barbara at the Bryce Canyon Trading Post. (More about that later.) Barbara showed me a poster of Cedar Breaks NM while there. When we drove away we saw a sign for the park. We both agreed it could be fun to go if it was no more than 30 miles away. The next posted sign said it was 29 miles away. It was meant to be. The monument had a similar feel to Bryce Canyon, but was distinctly its own at the same time. We spent about an hour stopping at a few observation points. 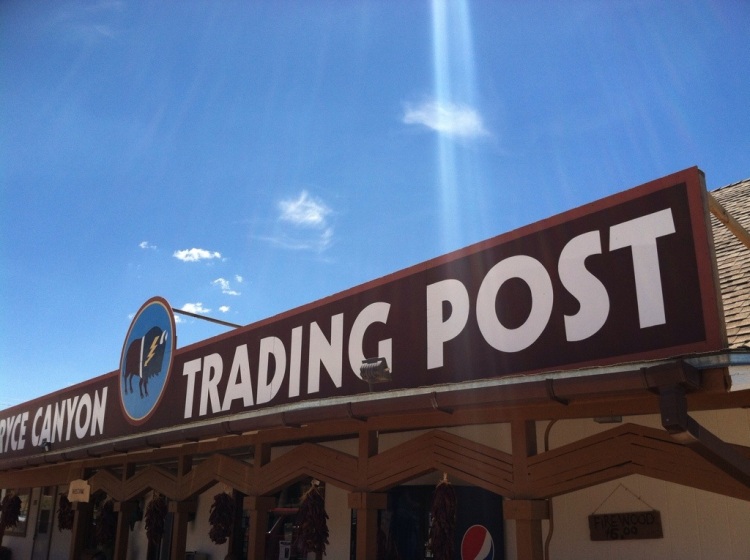 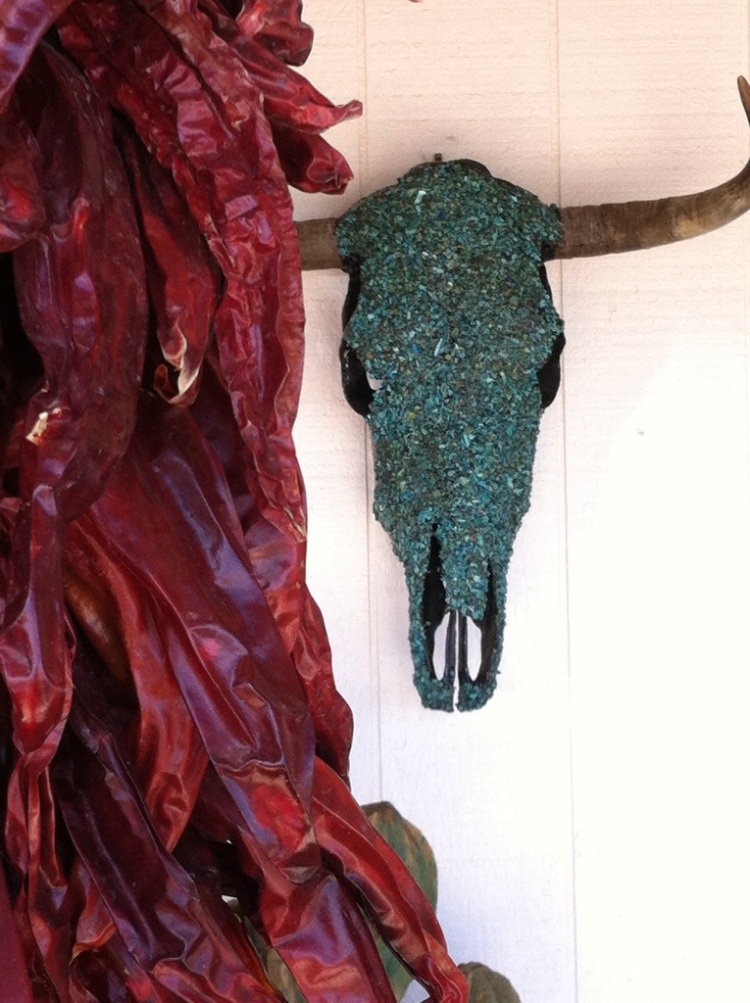 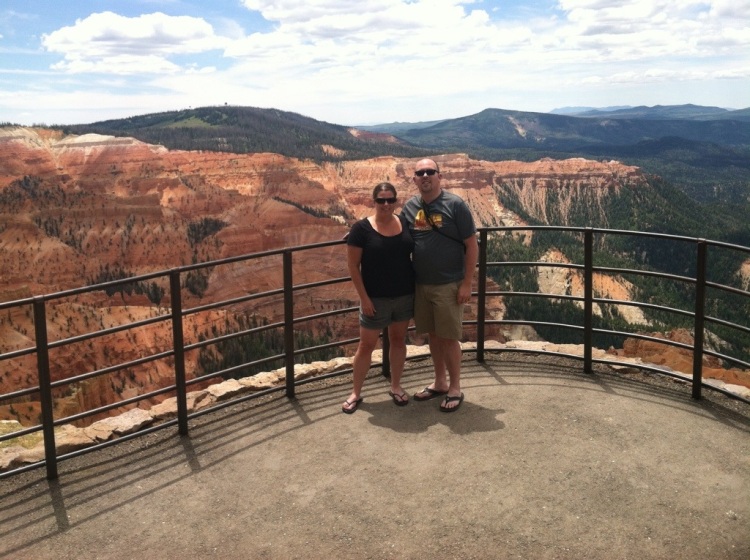 We met Leslie and Laurie to have dinner at the Lodge to celebrate Laurie’s birthday. Good times, and many laughs. We went back to change so we could be prepared to see the full moon from the rim trail. Unfortunately, clouds hampered our viewing experience. Besides seeing the moon for a split second when we first got there, it wasn’t until we returned to the hotel that the moon appeared. We said our goodbyes to Leslie and Laurie. They were moving on to Moab, and we were heading to Kanab in the morning. 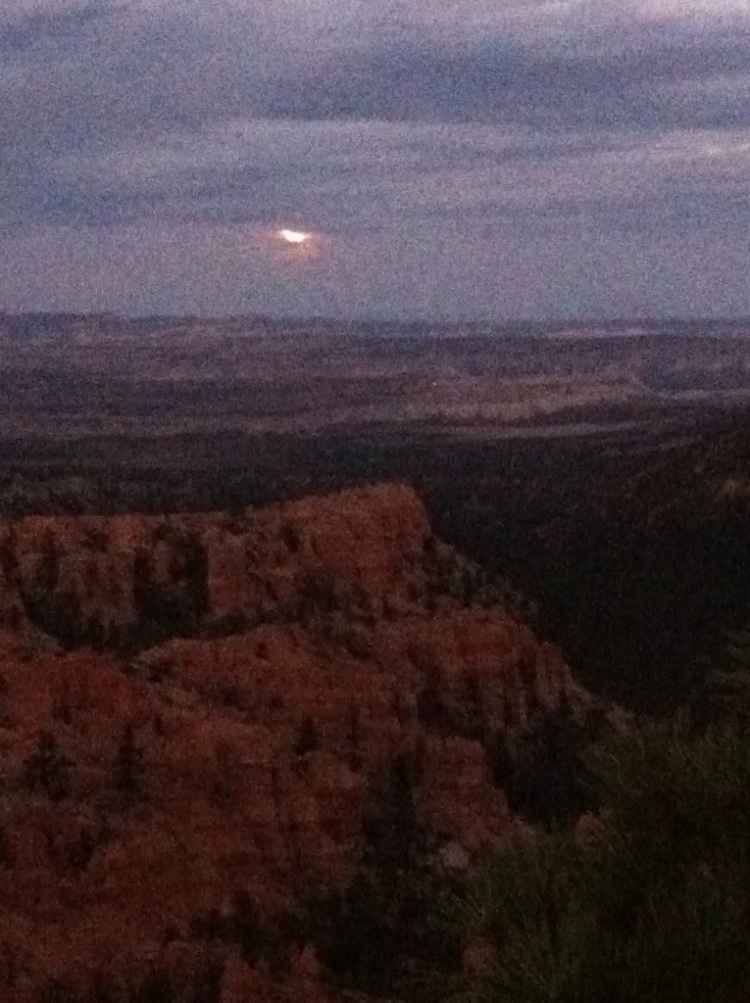 Woke up early to travel to the Coyote Buttes North lottery in Kanab. When Ali and I were first discussing the trip, this was the ultimate place to visit. The “Wave” section of the area is strictly regulated wilderness area. As a result, only twenty people are allowed in each day. Doing so without a permit will result in a fine around $1500. Ten people are selected by online lottery months in advance. Unfortunately, we weren’t selected at that moment. I reserved two permits for the South section of the region, which apparently has nice landmarks as well. We had some trouble finding where we needed to be, but luckily had left early. There were about twenty people in the room for the lottery. Sometimes the numbers are well over a hundred hoping for ten spots. When the numbers were called, Ali and I got our permits! 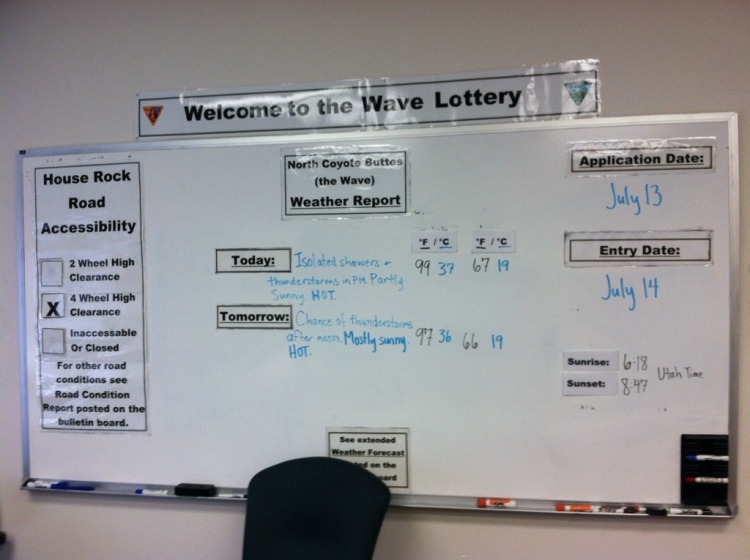 The real challenge now was to secure a 4 x 4 car to access the primitive and challenging 8.4 mile dirt road to the trailhead. Not an easy task on a Sunday in Utah. Ali placed a call to a local rental company, leaving a message on the voicemail. We then drove, excited and nervous, to a late morning hike in Coral Pink Sand Dunes SP. It was a pretty interesting, and very hot excursion. We stayed as long as the direct sun overhead would allow. We both took photos from every angle. On our way out, we saw sands from all over the world displayed at the visitor center. I was impressed by that wall. 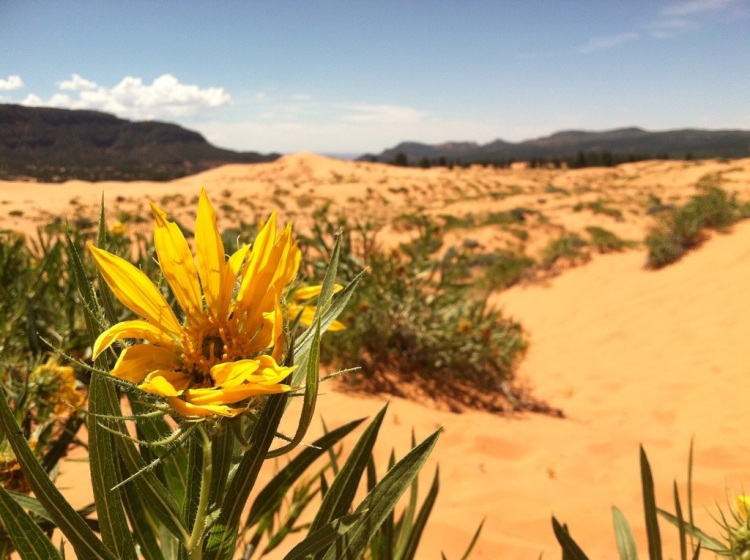 Upon our return to Kanab, we grabbed a lunch after talking to a car company in Page, AZ. They were not open, but were willing to open up for us in the evening to rent a car. Thank goodness. My car would never make it to the trailhead safely and in one piece. We went back to the hotel to pack our gear, and own mini “lakes” in our backpacks. (Each person must bring at least one gallon of water.) I sent out my “doom and gloom” text to my parents that is required by the Bureau of Land Management. It basically gave our plans, time of return, and cut-off time to call the local sheriff if I don’t call. I know that must cause some anxiety, but it is smart preparation. (Sorry, Mom and Dad.)

At roughly 5pm, we drove 75 miles to pick up the rental car, only to turn around and drive the same 75 miles back to the hotel. Not too bad. After all, this is such a unique privilege to be able to go to a place where so few get to go. As I’m writing this, I know that I should finish up soon. My alarm is set for 4:15 in the morning. (Proofreading and editing will occur at another time.) 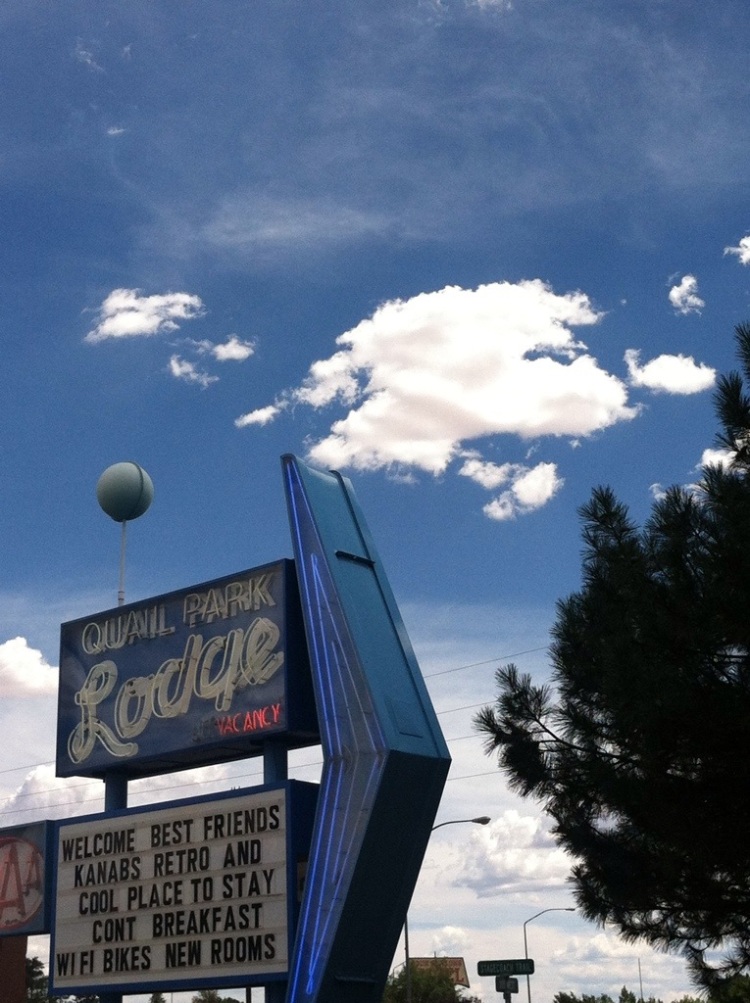 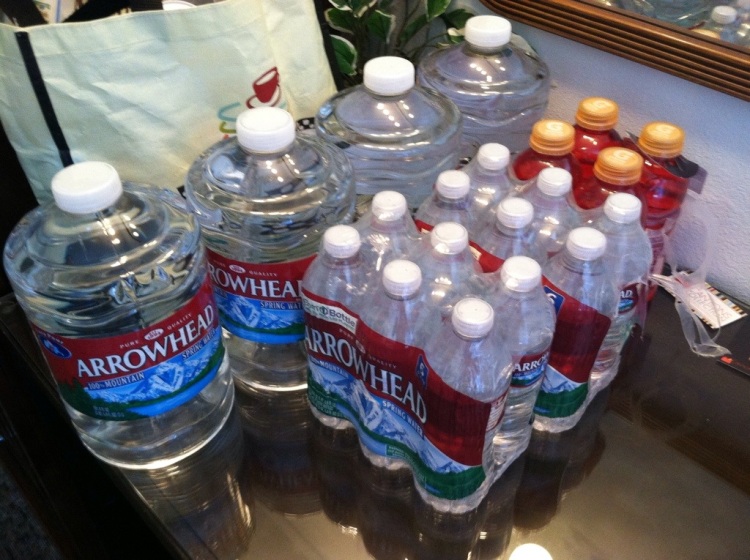 I’ve enjoyed my interactions with others a great deal over the last few days. Besides enjoying time with Debra and Ali, I’ve met or caught up with some great people.

Leslie and Laurie rock! I love them both very much, and am so thankful that we’ll always have the memories from Bryce Canyon. Safe journey to you.

Max was so kind and helpful at Hell’s Backbone Grill. We spoke about his travels, his adventures, our travels, our adventures, his projects, and travel advice. Within a few minutes of meeting him, I felt very inspired by where his path has taken him. (Hello, if you’re reading this… and thanks!)

Lynda and Noel are traveling around the region going to several National Parks. As they are getting older, they wanted to see this region before it may not be feasible. We took pictures of each other, and enjoyed chatting for a few minutes. (If you’re reading this, enjoy your trip. Watch out for those ledges!)

Marcy was so welcoming at the natural grocery store. She made jokes instantaneously and gave us a tour. We got all sorts of snacks and food. Had she not been as gregarious, I doubt my total would have been over $30.

Barbara has been kind to me for many years. It was on one of my first stops on tour to the Trading Post that we realized that we both had a connection to Kings Park. Part of her family lived there and went to the district. We kept track over the years how her great niece and nephew were progressing through the grades. Two school years ago, her nephew was my student. We both appreciated our connection to Barbara. On the last day of school that year, we wrote a note together and sent it out. Barbara is such a kind and caring person. I was so pleased to see the parking lot full when we visited, and equally as full when we drove past several hours later. If you’re ever in the area, or know people who are, please tell them to stop by the Trading Post. She has such incredibly nice things at her store. My mother would agree. She has several necklaces and bracelets from there that she gets compliments on whenever she wears them. (Barbara… I look forward to meeting for coffee in NY whenever that may be. My treat!)