The Movie Colony Hotel was such a cool place. I went to have a continental breakfast fairly early at the outdoor kitchen/bar. The other Gregory was there with his friend. Thoroughly enjoyed having breakfast with them. After packing up, I headed for the mountains. The Palm Springs Aerial Tramway was immediately put on my “To See” list when I knew I was passing through. The ride up was beyond amazing. The circular tram rotates 360 degrees while you’re ascending to the peak of the mountain. When I arrived, I decided to complete a short 1.5 mile hike, during which I had views as far as the eye could see. The walk back to the tram was accompanied by a very nice family from LA who were preparing for their own cross country trek in the near future. (Hello, and safe travels!) 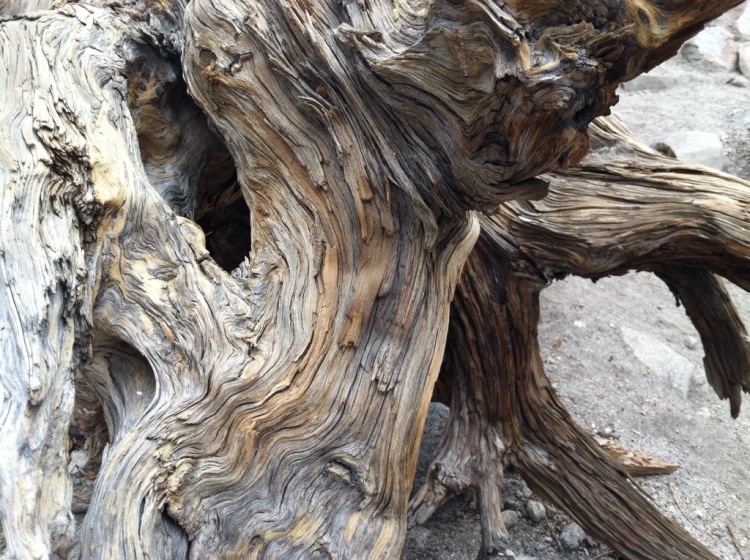 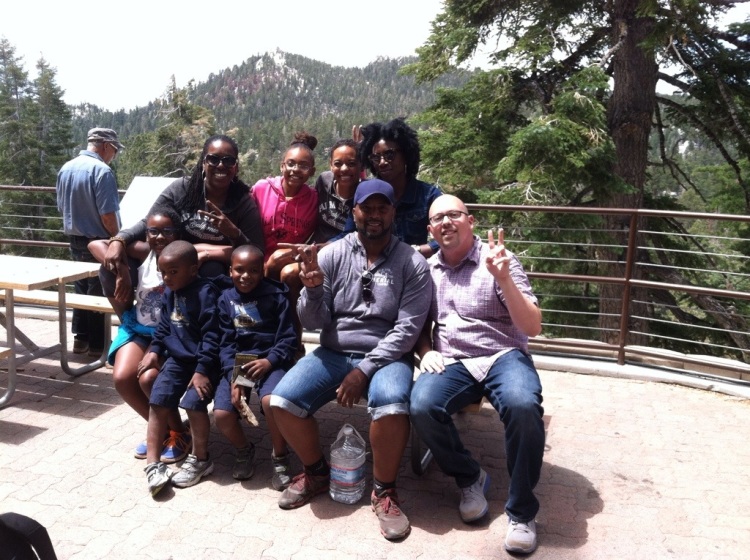 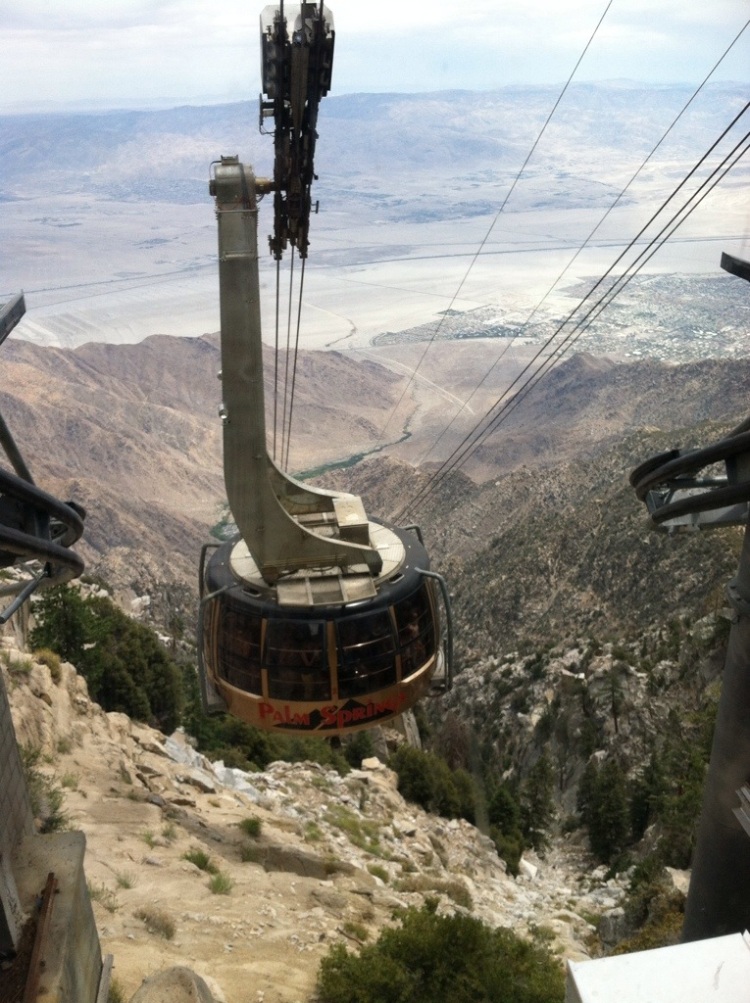 After a short two-hour drive, I arrived at my aunt and uncle’s apartment. It is always so nice to visit with them. We’ve been fortunate to be able to arrange visits every few years, whether on the east coast or west coast, or even on neutral territory. We spent some time catching up before heading over to Forrest’s 21st birthday bash. (Pure coincidence that I planned my visit sixth months ago to arrive on this day. An enjoyable coincidence.) We arrived a bit early and helped with the set-up and decorating. If you were ever wondering how many people it takes to screw in dozens of lightbulbs, the answer is two!

I’m so happy to have been present for Forrest’s celebration. My lasting memory of him is still as a young boy jumping and screaming in my parents’ pool in NY. How time flies… 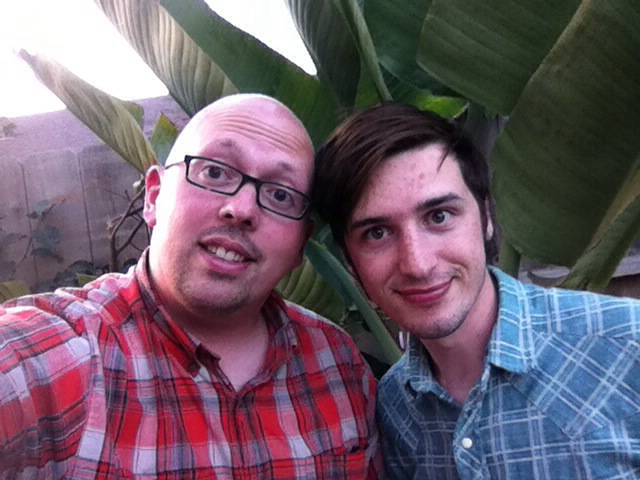 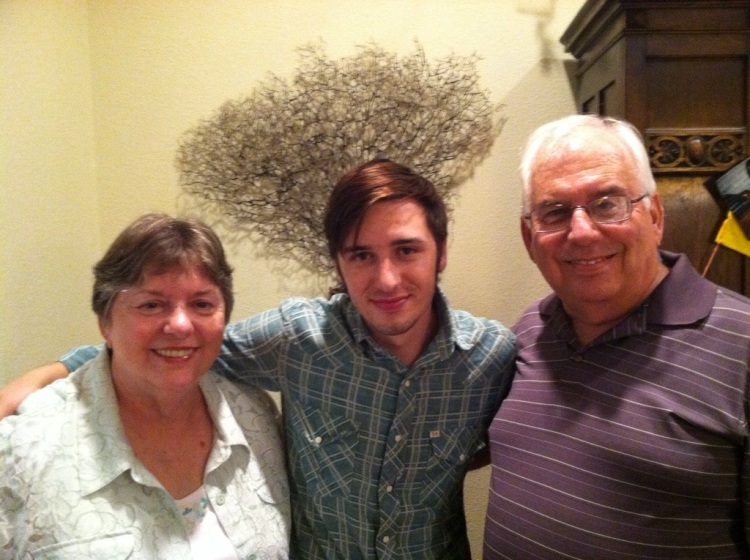 (Thank you, John & Sarah for welcoming me to the party… and for the design inspirations for my new apartment.)

After breakfast, we tried to burn off some of those pancakes by walking around Solana Beach and Encinitas. We were able to organize a brief meeting with Rose & the family on the sidewalk. Root beer floats topped off our visit. So much for walking off those pancakes.

We spent the afternoon resting. I even managed to do two loads of laundry. In the evening, we went to see the movie, Tammy. I can’t explain why, but I find Melissa McCarthy hysterical, even when she’s not overtly trying to be funny.

Snooze, round three!!! (Truth be told, when I mentioned to Rose & the kids that we had gone and showed a picture, they suggested we go there for breakfast. I promise, I don’t have an addiction!)

I became an “adopted” member of Rose’s family for the day. We entered the world famous San Diego Zoo and promptly headed over to the sky ride that takes you to the other side of the zoo. (Whenever I see that ride, I think of the cautionary tale that had always been told to the staff when I worked for the tour company.)

We spent the morning and afternoon wandering throughout the exhibits and watching the animals watch us. I had fun pestering the children to take some family photos. (I’m pretty sure there are one or two great ones on my camera.) After walking, we got an ice cream/popcorn treat and boarded the guided bus tour. The sun was strong, and at that moment we all knew that our trip to the zoo had come to a close. 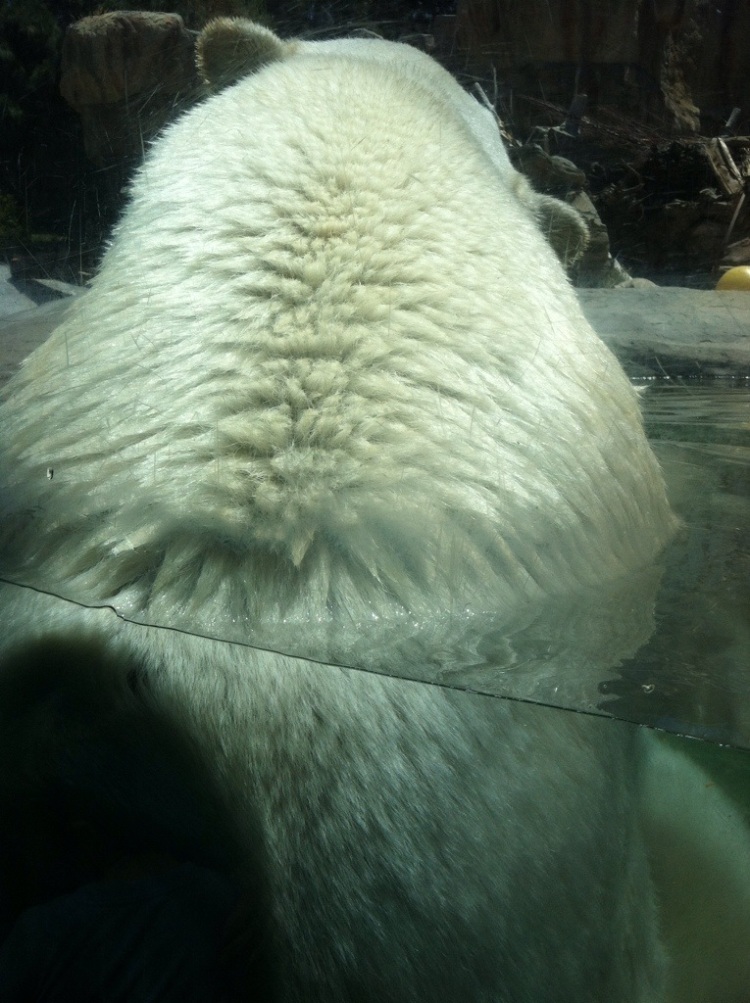 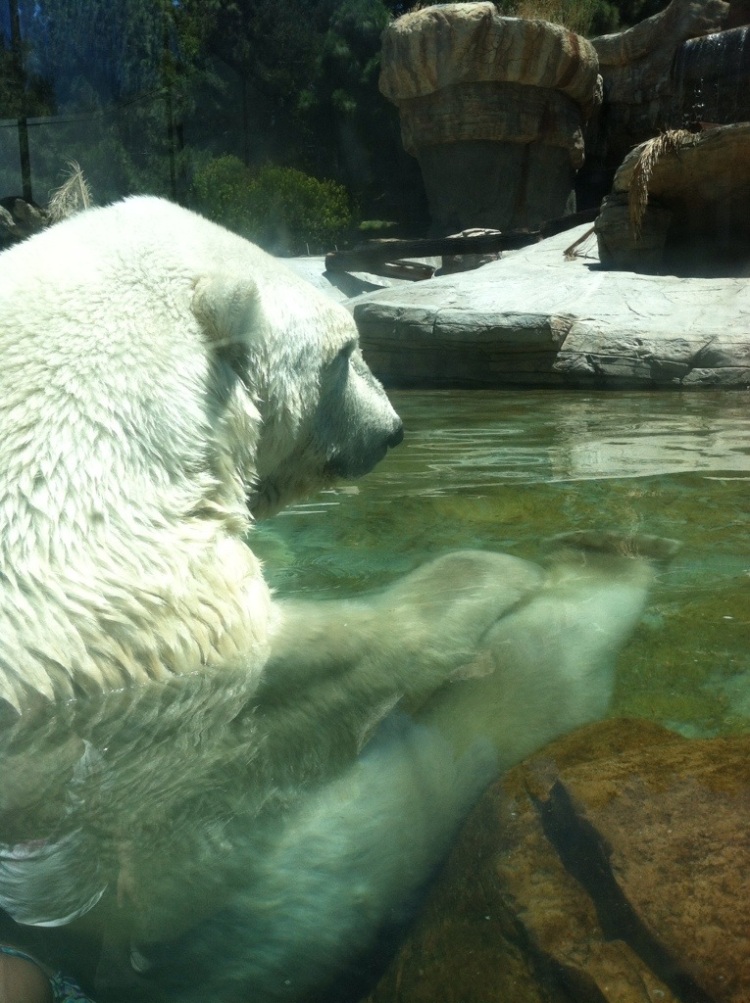 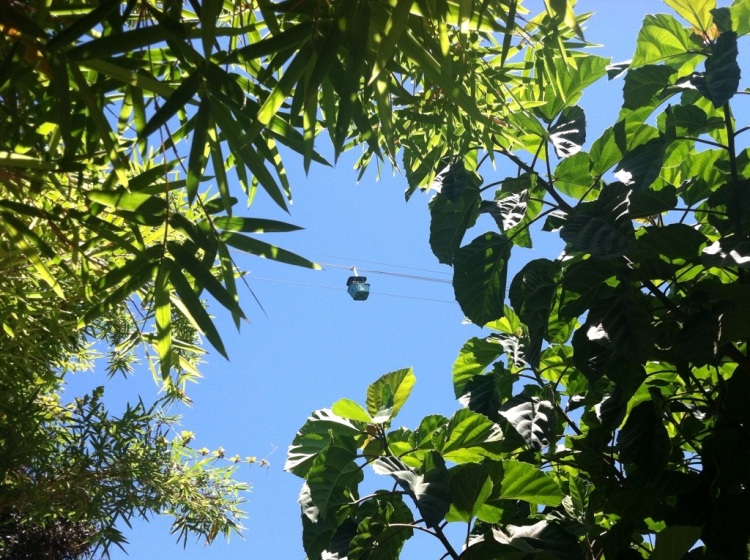 After the zoo, we headed to the Gaslamp Quarter to grab a quick pizza dinner. I took the family to Urban Outfitters, which the kids thought would be boring. Little did they know… They went to the movies, and I gassed up the car and drove back north. What an enjoyable day…

Waiting (and starting to write this blog) in the Hyundai dealership. For those who are curious, I’ve already put on 5,200 miles on my car since leaving NY. I’m waiting for my 15,000 mile service to be completed before heading to Trader Joe’s and Target to gather my provisions for seven consecutive nights of camping.

Spent the afternoon hanging around the apartment. Aunt Diane and I went for coffee and tea at a newly opened (and very empty) tavern/coffeehouse that is a replica of one from the colonial days in Boston.

We met up with John and Sarah for dinner at a local Mexican restaurant. Enjoyed the company of family that I don’t see as often as I would like. After dinner, we went to a cool surf shop and then an even cooler ice cream shop. After choosing between the base, flavors, and add-ins, liquid nitrogen is added to freeze the concoction. 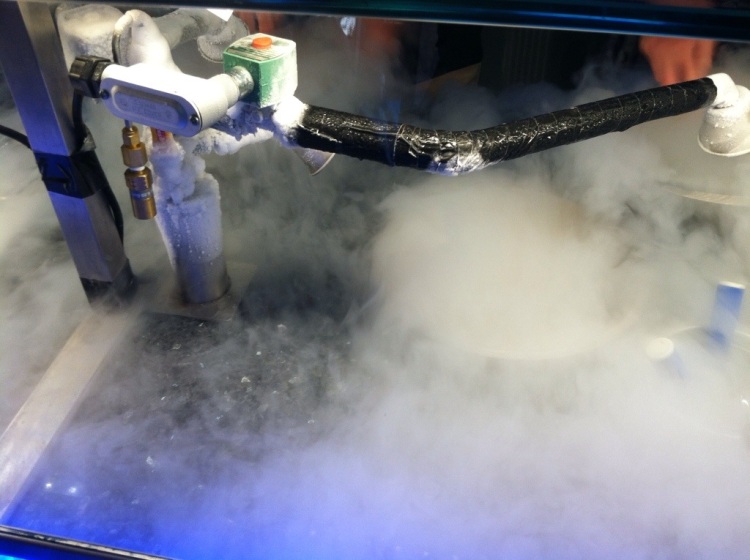 Final Thoughts:
The initial hope for the Southern California visit when planning the trip was to keep it low key. My hope was realized. I still managed to see many new places, but the focus was relaxing and enjoying the company of my family.

Memories took center stage the past few days. We spent so much time reminiscing about shared memories, as well as those we did not share. Much time was spent on talking about my grandparents, both of whom I sadly didn’t know for that long. My grandfather passed away when I was around two years old, and my grandmother passed away when I was ten. I see them both so much in my aunt, and it makes me smile. She shared with me a humorous note that my grandfather sent to her while in college. She humored me by bringing out a small metal dog sculpture that used to adorn the window sill near my grandmother’s kitchen sink. I was so fascinated by it as a child.

We also made new memories and shared many laughs. I felt the same way about spending the day at the zoo. The memories that I will take from this entire trip will hold a special place with me always. Thinking about that brings such peace and contentment. It’s a great thought to process as I’m about to close my eyes to go to sleep.