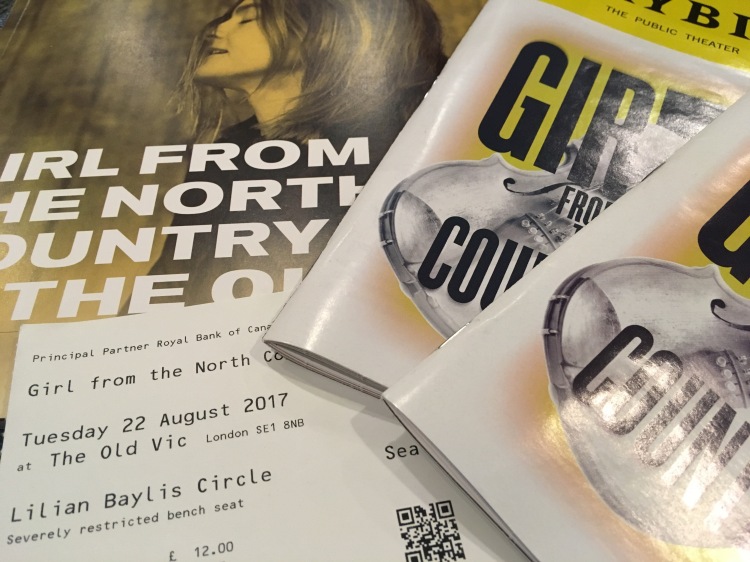 Our time here on Earth is incredibly short.

Although we all hope to have happy and content lives, the reality is that sadness, despair, and uncertainty permeate each of our lives at various points. Sometimes these moments are short-lived; sometimes they fill our world for longer periods of time. During these downturns, reminding myself that these moments are only temporary has become a healing practice.

Thanksgiving has become a time of reflection for me in recent years. On this Thanksgiving weekend, I am most fortunate for the love and support from my family and friends. This past year has been an awfully rough year for me on many levels. However, the year is ending on a note of excitement and calm despite these challenging times. As I am actively working on a few writing projects, the prospect of seeing progress and completion for several of the components is uplifting, rewarding, and in some ways terrifying. During this reflective time, my goal is to process how the moments and experiences that have guided me the most in the preceding months will affect my decisions in the near future.

Earlier this week, I was fortunate to see Girl from the North Country for the fourth time. It is perhaps one of the most unique pieces of theater that I have ever seen on stage. It has become an influential source of new ideas for me over the past fifteen months. My connection to this show almost did not happen.

Last August, I had visited London for the first time in nearly fourteen years, after having lived there for a few months towards the end of my college experience. During this visit, my hope was to keep costs low to justify flying across an ocean to see a play. (Think magic and wizardry.) I shared a room in a hostel with five strangers, mostly visited places that were free or nearly free, and essentially ate one main meal each day. On the first day of wandering around the city, I kept seeing posters for Girl from the North Country. As a fan of Bob Dylan for many years, the idea of seeing his songs reimagined was intriguing and enticing. Unfortunately, my budget initially told me that this was not in the cards for this trip. On my second day after wandering around and sightseeing in the morning, I returned to relax in the hostel. Once reconnected with the Wifi, I decided to investigate the cost of a ticket to see the show, as I had seen the posters a few more times that morning. In my mind, I had given myself a cap of seventy-five dollars, but I realistically would have talked myself out of that ticket price. When the ticket search came through on my phone, a ticket for twelve British pounds had presented itself to me. (That was about sixteen dollars for those not familiar with the exchange rate.) No further thinking or deciding was needed at that point.

My visit to The Old Vic that evening was unexpected and, in many ways, life-changing. Besides knowing that Bob Dylan’s songs were used, I knew almost nothing else about the show. After Sheila Atim’s performance of “Tight Connection to My Heart” early in the show, I knew that there was something quite special about this production. (A link to a video of this performance is found at the end of this post.) Throughout the show, there were moments of solitude on stage for the characters, combined with moments of joyous harmony between the company. Shirley Henderson’s vocals gave me chills. Although the show may not be seen as overtly uplifting by most people, I left feeling so peaceful and content by its ending. That evening, I walked much of the way back to the hostel along the Thames processing what I had just witnessed. The show was clearly one that would stay with me for awhile longer than just one evening. Even the theater, which was nearly two hundred years old, provided inspiration with its unique lighting and art in its lobby and got me thinking about the perception of time.

When it was announced that Girl from the North Country would be transferring to the West End, an instantaneous thought emerged that I needed to fly back to see the show again. By this time, I had started working on a writing piece that appeared to be taking shape as a work of theater. There were some elements of the show that I felt I needed to see again as a reference point. Last year around Thanksgiving, I booked a flight to fly back to London to see the show again. On a whim, I asked my mother if she wanted to join me, as visiting London was an idea we had discussed numerous times before. Together, we flew to London for a very short visit. Our whirlwind weekend will always remain in my mind as a memory to treasure. The aspects of the show that I had hoped to pay closer attention to answered some of my questions that had developed over time in the months after my summertime visit. The cast was even more remarkable and wonderful.

The Public Theater in New York City announced that Girl from the North Country would make its American debut on its stage several months ago. When the tickets went on sale, I knew that I needed to sit close to see the expressions on the actors’ faces this time around. These subtleties had eluded me both times in London, as my seats were in the balconies for those performances. Those moments in theater when you sit in the front row can be quite awkward when eye contact is made between you and the actors. Mare Winningham clearly enjoyed the physical banter with the front row audience members. This made the show even more special. After the show, we waited to attempt a “stage door” signing, which happened to be in the lobby of the Public Theater. A famous movie and television actress, who attended the same performance as us, waited by the door to the backstage area to say hello to her friends who were in the cast. My friend that I attended the show with clearly enjoyed this unique people watching experience from afar. Standing there with markers visible, we waited to see if any of the actors would walk towards us. They did not, which was completely understandable. The few times I have “stage-doored” have not been about the autographs, but rather about the chance to say thank you to the actors for their respective performances. When Mare Winningham walked by us, I gave a wave and we smiled at each other. Moments like these may seem insignificant, but offer small moments to smile about years later.

On Sunday, I returned to the front row of The Public Theater to see the show once again. Theater has the ability to conjure up emotions and thoughts like no other art form. Universal connections are often made, regardless of one’s experiences or background. At the end of the performance, this was evident on the faces of my friends and on the faces of the strangers in the lobby. When crafted as well as Girl from the North Country has been, from the writing to the staging to the performances, we are able to see ourselves through the events unfolding on the stage. Theater is not entertainment. Theater is a mirror that is held up to us for us to see ourselves. I am grateful for everyone involved in the productions of Girl from the North Country on both sides of the Atlantic Ocean.

It is only fitting that this post gets published around Thanksgiving. Many of the significant events in Girl from the North Country take place on or near this holiday. I am thankful for the experiences this past year that have helped me better understand the world around me. I am thankful for the darkness that enters my life from time to time, as it reminds me of the light that is just around the corner.

As I am finishing editing this post, I am also finishing packing. This evening, I am flying back to London to see Hadestown, another incredibly influential show in my life. Reason tells me that flying across an ocean to see a musical is absurd. My gut tells me that these experiences are guiding me towards something that I must experience and see to completion. Perhaps this is why my eyes welled up when I carefully listened to Bob Dylan’s lyrics as Mare Winningham sang “Forever Young” so beautifully this past Sunday.

May we all seek out the moments that bring us light.
May we all be thankful for the experiences that help shape who we are and how we perceive the world.
May we all stay forever young.

Girl from the North Country Trailer

“I Want You” performance from The Public Theater

(Bob Dylan was awarded the Nobel Prize for Literature in 2016. For those who may not know Bob Dylan’s songs or maybe have not given him a chance due to his unique vocal style, I suggest going to his website and clicking where it says “Songs” on the top menu. The lyrics to all of his songs are curated on his website. There you will find some of the best poetry that you might ever encounter.) 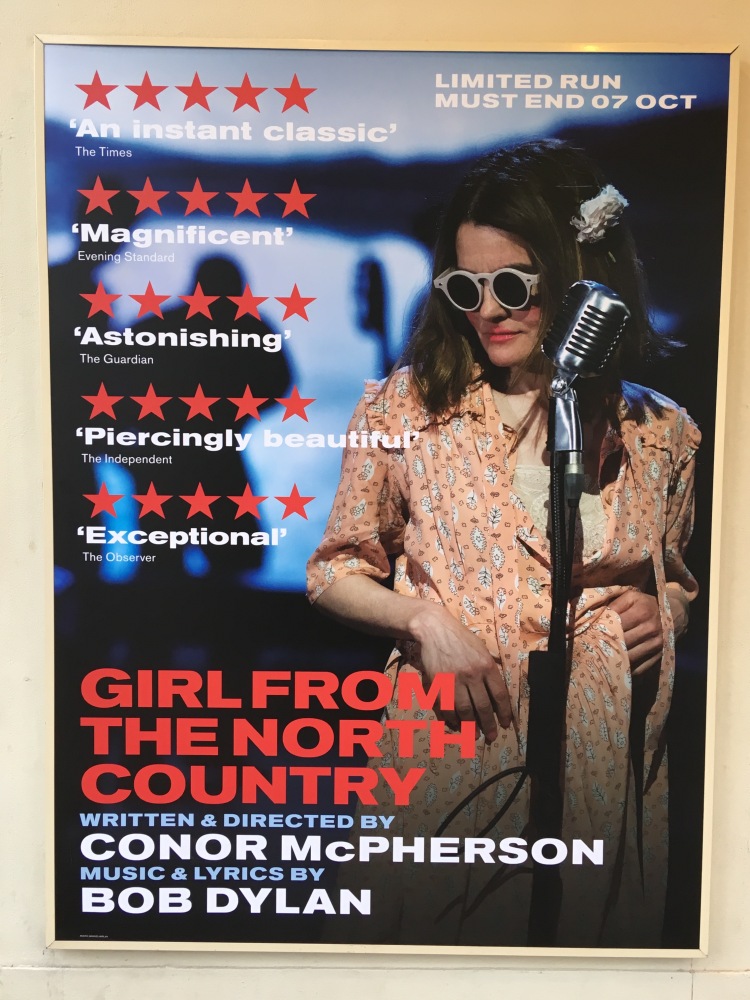 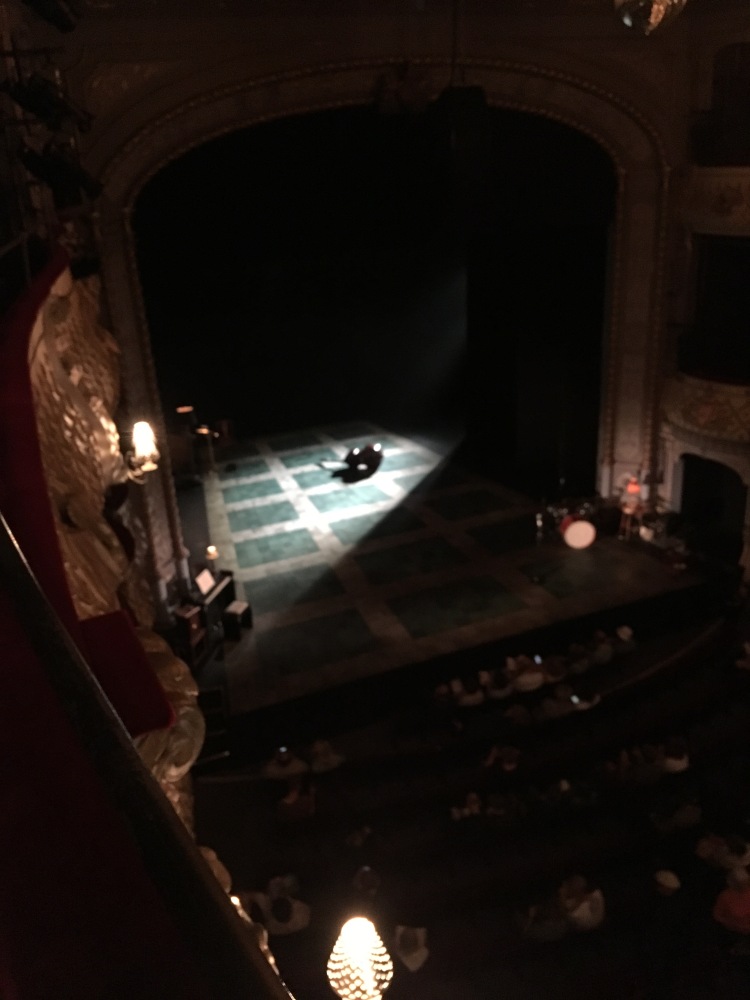 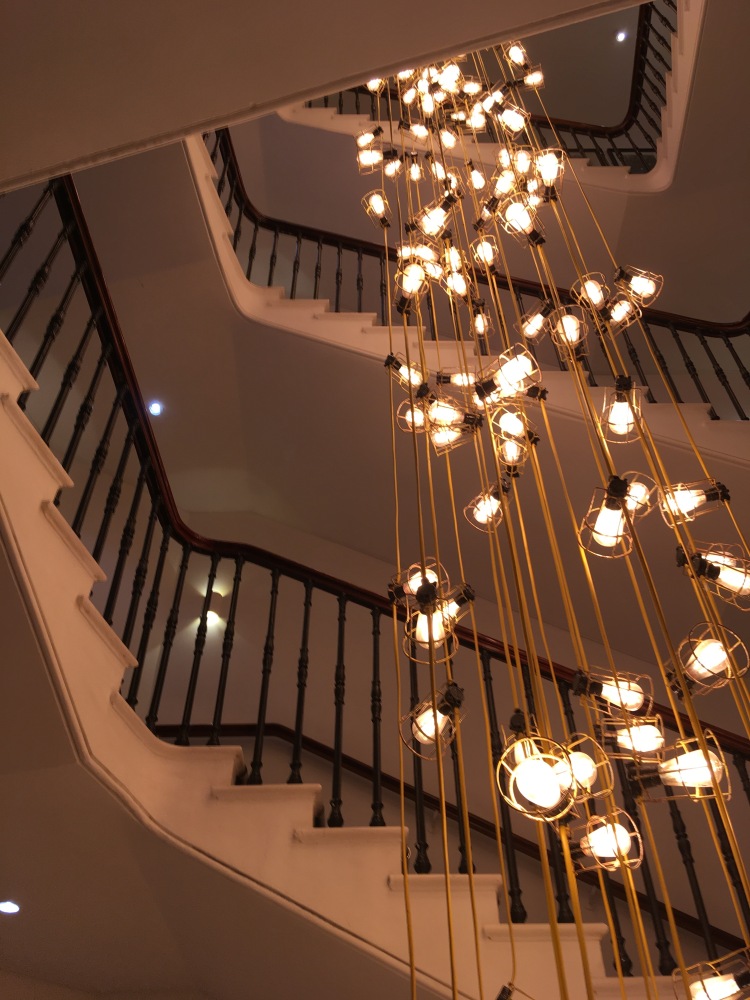 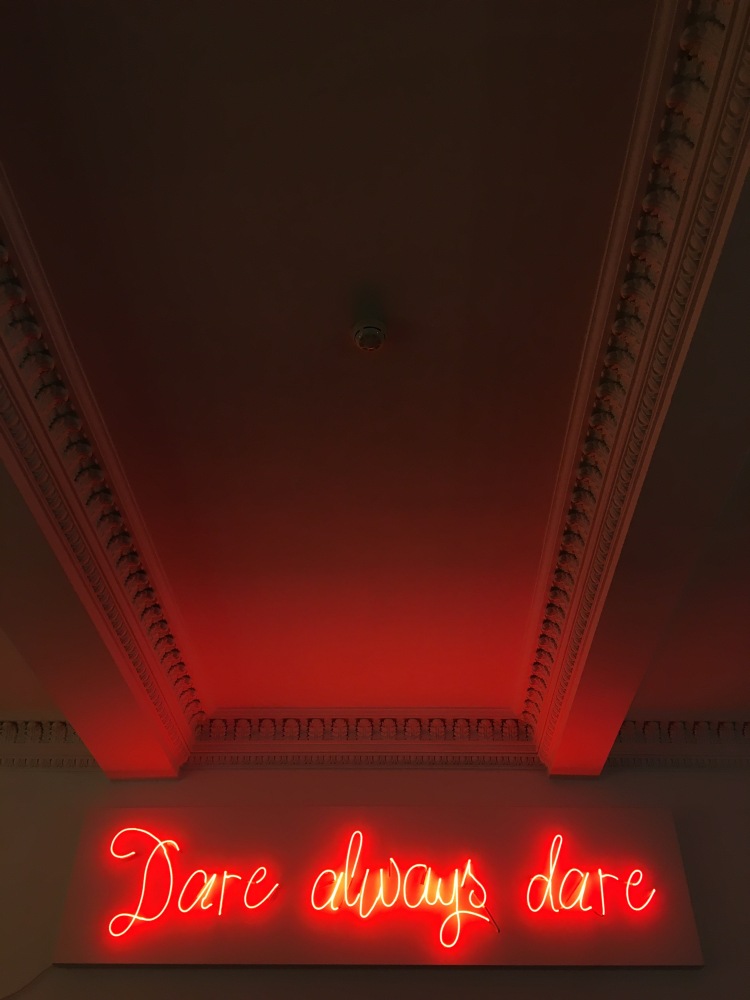 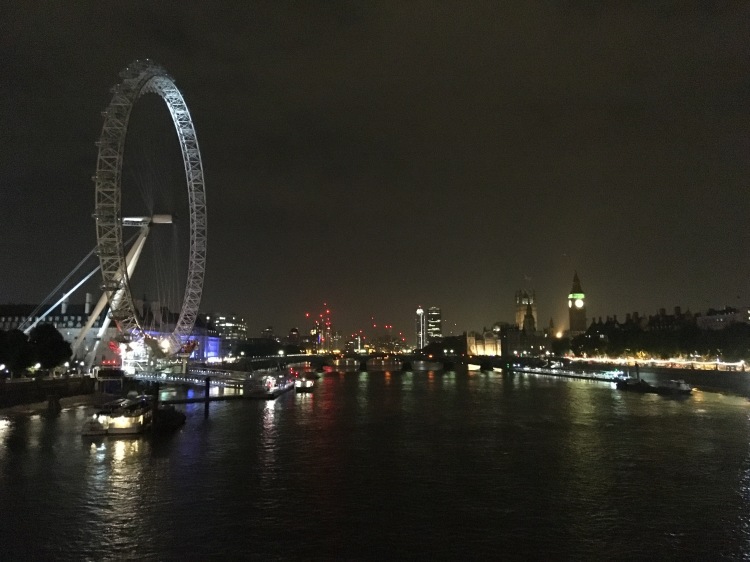 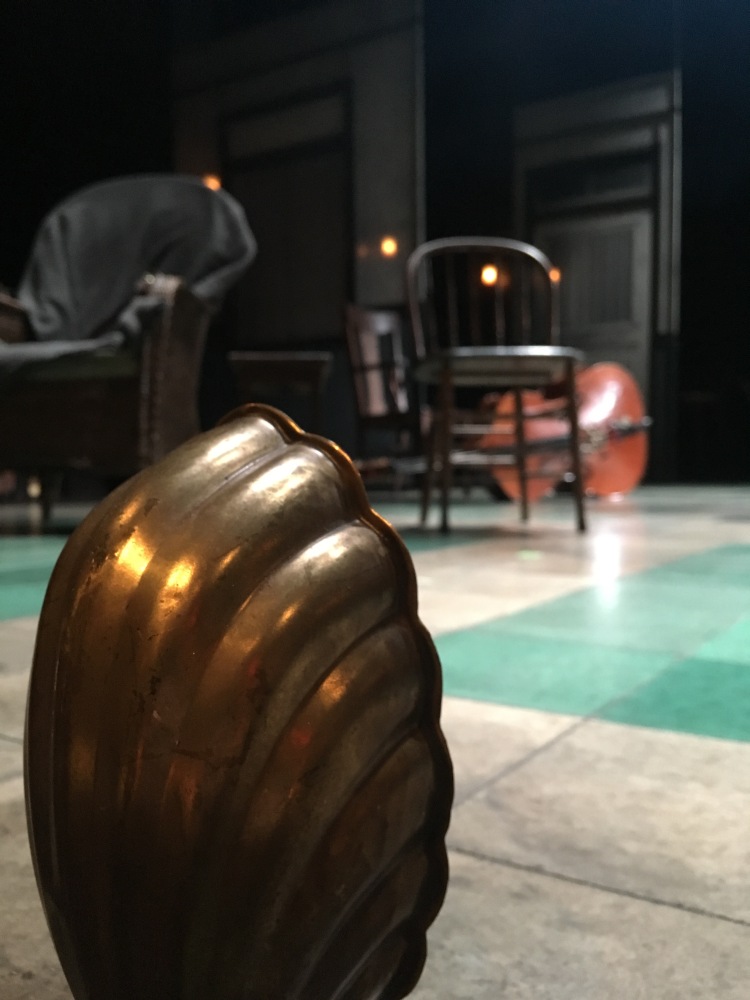 All text, graphics & photographs: © 2014-2020 Gregory Sewell. All rights reserved. All materials contained on this site are protected by United States copyright law and may not be reproduced, distributed, transmitted, displayed, published or broadcast without prior written permission. For permission, please use the contact tab found within the main menu of this blog.